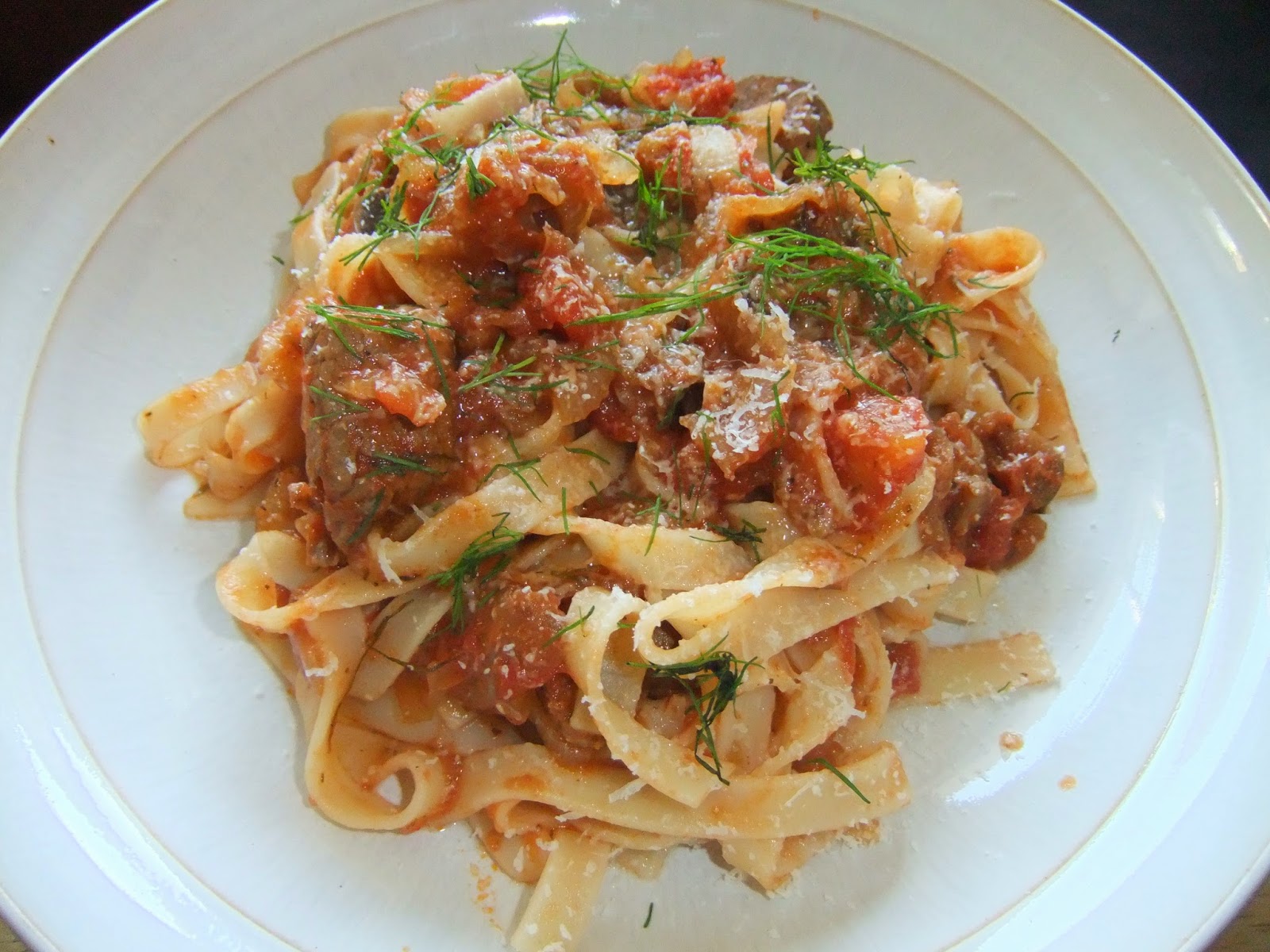 This dish was created because I couldn’t bear to waste some dill! Can’t believe I spent about £6 on lamb to save the dill, but lamb is such a rare, expensive treat. And it does go quite a long way in this dish.  I then portioned this up and froze little bags of it as I am not feeding a family, although it would improve in flavour in the fridge a day or two after you cooked it.

Next time I might chop up the lamb smaller and cook for 2 hours to make a finer ragu style sauce for pasta or just some nice crusty bread.
Heat 1tbsp olive oil in a large wok or casserole with a lid. Season the lamb  and brown all over in two batches then remove. Add the aubergine and another splash of oil and cook for 2-3 mins until softened a little. As the aubergine soaks up so much oil, I poured a little of the meat juices that had run out of the lamb to the pan. This deglazed it which adds more flavour and made the aubergine cook quicker without even more oil. Lift out the aubergine and give the pan a wipe as it will probably be black by now! Then add the onions and garlic and cook for 5-6 mins until softened and translucent.

Tip the lamb and aubergine back with the tomatoes, tomato puree, stock, cinnamon and check seasoning. Simmer then put on a lid on (or transfer to a casserole if you used a wok) and cook for 1.5 hours or until the meat is tender and the sauce is rich. Remove the cinnamon stick. Sprinkle the dill or parsley over and lemon zest.

Cook the tagliatelle according to packet instructions and serve with the stew. Add either parmesan or feta to taste and eat.
Posted by Unknown at 03:50